Giving my dishwasher this rinse aid is an uncomfortable reminder of my own mortality. 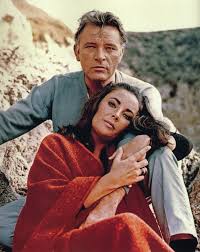 I can’t live without her (I know calling a machine a woman is sexist, deal with it mumsnetters), but it’s hard as hell living with it, too. There are two reasons for this. Firstly, (and just so we’re clear here, the metaphor to Elizabeth Taylor is most definitely, temporarily, over), my dishwasher reminds me of a badly trained dog which is overly keen to please. Every time it finishes a wash, it beeps. I live in an open plan downstairs so I am often watching ITV3 or Bergerac on youtube, only to be interrupted by relentless beeping. Beep ! look ! Beep! look how clever I am ! Beep! I’ve finished the wash! BEEP BEEP BASTARD BEEP. So annoying. So so annoying. As a matter of fact, the plates are hotter than the sun when the dishwasher has finished with them, so it’s not even practical to unload it as soon as it has finished. I would still hate it, of course, were it to beep incessantly half an hour after it had finished. But no, it has to do it the second its cycle is finished, as though it were being competitively timed. I hate that about it.

Sometimes I fantasise about dragging it out to the back yard and putting an axe through the bastard.

I get livid every evening, willing it to shut up, to please, please shut up. I pace around the house, restless. Pick up some Larkin or some Mervyn Peake. BEEP. Turn on the TV. BEEP. Turn it off again, sit down, stand up. BEEP Sit down again because there’s just nothing to do. BEEP. Sigh. But, of course, it is a machine, it does not understand thought messages and it can’t pick up the sense of tension from my body language. I say ‘Just’ a machine, but I think I like machines more than people, really.

On a stormy night, I’d drag it out, the wires dangling behind it, and embed my axe right in the middle of the shiny white top of it. ‘Bleep now you Bleep’ I’d scream, as rain fell in mute judgement of either me or the society in which we are forced to live.

The second reason my dishwasher annoys me is another reason I am glad I used the Taylor / Burton metaphor up there ^.

Every other day, as soon as I start to lower the door, the RINSE AID red LED comes on. Incredible. It’s alright with the salt. It’s the Rinse Aid. The salt situation is fine. The salt situation I am happy with, if anything I’d like it to use more salt as I love pouring it in. I love the tension of the lid and the give after it unscrews and I love manhandling the big bag of salt, wielding it carefully between the racks to pour into the water. I love the way the water turns gloopy and the laziness with which it pours when it is full of the salt. I love doing the lid on, sceewing it on nice and tight. It’s like turning an old fashioned but important dial.

The problem is not the salt it’s the rinse aid. Every time I squirt water down it’s hole I think ‘Well, that’s a job done for a while’. When I squirt it in, I do it with the intensity of Teddy in this picture. Look at his face. This is no celebration, in actuality. Look at that grimace. He’s battled with over entitled white goods as well, I’d wager. Battled and, it has to be said, lost.

But no, 2 days later the little fucker is not satisfied and it’s back to the RED led as well. A silent temper tantrum. A red coloured rage, mute but relentless.

The redness of the Red LED is so over dramatic. It’s the colour of red which you would expect to see if something were to go badly awry at a nuclear power station, on a roller coaster control console or on a small but important machine in an end-of-life care unit. Not on a fucking dishwasher. Everything’s like this nowadays. So demanding of our attention. So over dramatic. No one makes things to be anonymous or inconspicuous anymore. Everything must be a distraction. Everything must bleat and clamour with false urgency.

How long before the dishwasher tells me there is a software update ready to install?

Sometimes I try to ignore it. Sometimes I ignore the red RINSE AID alert. I look at the LED looking at me unblinking and ignore it. But the dishwasher wins, it always wins. It can bleep longer than I can stand and if I don’t give it rinse aid, it washes the dishes worse than I can endure. The first clue is the streak on the glass, the second the debris still on the pan. In a way, it’s an unpleasant reminder of my own mortality. No matter how I struggle, in the end we fail. In the end, we all fail. If we try to fight it, things just get dirty. Sighing, I bend down and squirt the liquid in. I mutter that I might as well be pouring it down the sink, but the dishwasher says nothing back about how funny my quip was. It doesn’t have to. We both know who has won here. Do up the dial and fool myself into thinking that this time, this time, it will be satisfied, if only for a day or two. But it never is.

In the end, Richard Burton stepped in front of a train I believe.

The rinse aid I use is the cheapest I can find. No way am I giving that dishwasher premium brand stuff. No way at all. All it probably is is washing up liquid anyway.

The ‘Original’ always amuses me. Such a sense of fake authenticity. ‘This, oh yes now this piece is special. This isn’t the Lemon rinse aid you have here, this, this is the original’ you don’t hear on antiques roadshow. Like the ‘Original’ was invented in 1920 and the lemon and it’s brother in arms the citrus fresh are the Johnny come latelys who might be more boldy coloured but haven’t put in the years like the Original has.

Original what? They don’t even say. Flavour? Taste? Structure? They haven’t bothered to tell us, hoping to pass the Sainsbury’s Rinse Aid Original label off as an aspirational choice, the kind of cool enigmatic marketing which Apple Computers go for, hoping we won’t notice but we do, we notice.

None of the rinse aids actually make the plates smell and that is probably deliberate. While I would like my plates to smell like a faceless multinational corporation’s chemical attempt to recreate the smell of ‘Lemon’ on an industrial scale, I have to recognise that others would not. So, while their covers are festooned with rapidly photoshoped Lemons and Citrus, the actual smell is anonymous.

Ever wonder what Sainsbury think Originality actually smells like?

Smell this rinse aid, it smells of nothing. Of simply nothing at all.

That’s not to say I don’t rate the Sainsbury’s Rinse Aid – Original. I do. For two reasons. Firstly it’s price must have been good because I only buy the cheap stuff. And secondly because squirting it in placates the machine, the thing that was ostensibly designed to serve me yet which, more and more, demands that I serve it. Filling my dishwasher up prevents the glower of the overly red LED and makes me forget, for a day or two, that I will decay and turn to dust before the dishwasher gives in and decides that, actually, it doesn’t need more rinse aid.