With the news that celebrity couple Chris Martin and Gwyneth Paltrow are to split, we take a timely look at the Vileda Supermop

Everyone remembers their first cleaning job. Mine was at Granada Service Station, Newbury. I was about 19. Until then, my cleaning habits had been poor. Indeed, they would remain poor for about a decade longer, until I joined the great homeowning meritocracy.

I remember the day like yesterday. Like a newborn foal I was led into the men’s toilets by one of the old hands, blinking under the relentless light of the harsh neon. He got his mop out and showed me how to use it. All around us men were defecating and urinating, groans coming from the cubicles like the dying moans of salvated men. He took my hands and placed it on his mop and showed me that, really, mopping is all about wrist action. Don’t pull the mop or push it hither, twist it with the wrist. Sorry, I’m going to stop this, it sounds too sexual.

I always love learning the secrets of a trade. About an hour later, I had good chance to put my secrets into practice. The service station was between Glastonbury and London and the festival had just ended. A hippy came into the toilets

“I’m going to piss on your floor” he said

“Please don’t piss on my floor” I replied.

“I’m going to piss on your floor. And you’re going to have to clean it up”

Reader, he did. He did, and I did. I’ve always hated hippies since then but that hot hatred has been tempered by a cool love for a good mop and I have always regarded the Vileda supermop as the pick of the bunch. It looks so much more high tech than mops of old. I remember when it was introduced. It was a relvelation. Before Vileda (BV), mops were wooden with those bits of string which used to fall off the end and you had to pick up and put in the mop bucket for someone else to remove later. BV were dark days for cleaners, dark days indeed. A world of family values, heavy aluminium mop buckets, tea urns and respect. But now, thankfully, we are living in the times of AV. A world of credit card debt, global warming, plastic and hard core porn readily available on the internet. A better world.

And, amazingly, the Vileda has become, by many, to be taken for granted. The best thing about it is that, after a while, it becomes grey. The mop becomes grey and you get bored of it. You get bored and you don’t even notice how bored. Yeah, it was revolutionary, once. It was amazing. But now? Now it is grey. Then you go to Tescos and see the replacement mops, they are younger and tauter and so you throw your old mop out and get a new one and find you have a spring back in your step again. Hello Chris Martin. 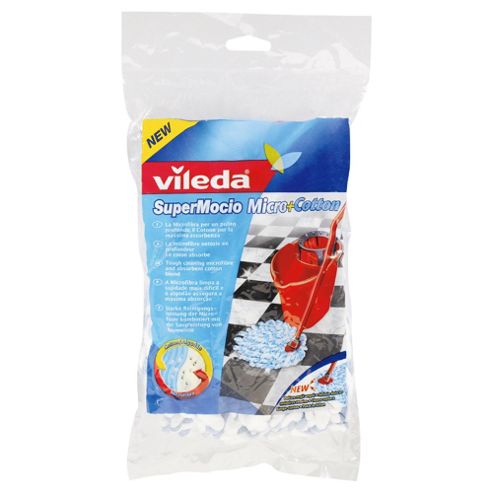 One cautionary note. Look at the image below, taken from vileda’s website. Of course, all of their models are females but this one in particular caught my eye. Look how terribly photoshoped in her feet are, and then work your way up and look at her face. Such barely disguised dispair. It’s like she has stared into the abyss and what she has seen has unnerved her, badly Do vileda treat their models appallingly? Is it a subtle cry for help across cyberspace?